What We Wish You Knew About Tourette Syndrome.....

Tourette Syndrome is a highly misunderstood neurological disorder. There are so many misconceptions out there that make the lives of those with Tourette more difficult. It hurts us when we hear things like "Can't you just stop?" and "You don't have Tourette's! You don't swear!" Every child, teen, and adult with Tourette only wishes to be understood. So with the help of others living with the condition, here are the things we wish you knew about Tourette's Syndrome. 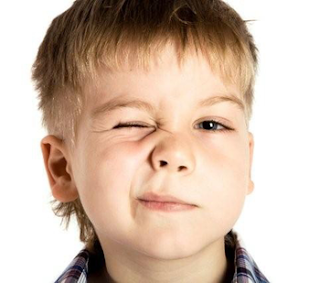 From Jennifer, a mother of a child living with Tourette's:

"My 9 your old daughter with TS wishes kids would not think she is making it up, especially after them talking about a particular tic makes her do it. It is very understandable to me why a kid would think "hey, you haven't been doing that at all and now that I talked about it you have done it 20 times - your faking". But the power of suggestion is very real with TS and that is why education is so very important. I usually try to point a family towards the tsa-org website or tell them to google it. Often if a child can read it they then really believe it. Most adults also don't understand "the power of suggestion" either. Good luck and great job!"


From Brandy, a mother of a child living with Tourette's:

" I wish others realized that tics wax and wane and severity is different from person to person. My daughter's are mild but they exist. Also, just because you do not see them or do not recognize that constant throat clearing as a tic- it is one. Also, she is amazing and her tics just make her that much more special! *Ansley is 9 years old, her tics are mild. She also has OCD, anxiety, SPD, ADD, dyslexia and dyscalculia. She has the biggest heart, loves people and loves to draw pictures for people she cares about. She wants everyone to be happy and enjoys making presents for people in the form of her art work which is mainly about dogs. When she grows up she wants to be a veterinarian or train dogs to help people. I remind her that she can do anything she wants to do and encourage her."


From Janet, a mother of a child living with Tourette's:


"I asked my 7 year old son what he'd like people to know about TS and he said, "That I can't help it and am not trying to be rude and that it really hurts sometimes."

From Jenn, a mother of two children living with Tourette's:

"My children both have TS. As their mom I would like others to know that TS, while a huge part of their lives, is not who there as a person. I am sure Sam would say that she wishes people knew how difficult it is sometimes, the physical and emotional fatigue and pain.. she does a great job and getting through and at times is so good at it that no one really knows how much energy she spends on deceiving others. My son would probably want others to know that when he curses or has to touch or scream that he really doesn't have control over it. Many people assume he does since it comes across as planned - it is not."


From Nicole, a mother of a child living with Tourette's:

"My son said he wishes that some people knew that he can't stop his tics when a lot of people tell him to stop doing them!"

"That it constantly changes, you get used to dealing with one thing and it's replaced or joined by something else."


From Thomas, an adult living with Tourette's:

"I wish people knew that it can't be controlled."

"At times, alot of times, it's painful. And even potentially dangerous. I have a hiccup and gagging tic, I've become prone to choking."


From Justine, an adult living with Tourette's:


" I wish people would realize that just because tics aren't noticeable does not mean that they don't exist. My Tourette's in mild enough that most people don't notice my tics. But I definitely deal with the psychological, emotional, and physical struggles just like all other Touretters."

"That there are a BUNCH of OTHER neurological challenges not "just" tics! That you can't determine whether someone is "ok" by "sight" - children/people might very well LOOK like they aren't challenged but ARE!"

From Stacey, a mother of a child with Tourette's:

" I wish people realized it is congenital. People are BORN with it. I wish people knew that it is a NEUROLOGICAL disorder and that it can't always be controlled, even with medication. I wish people understood that it is MORE than just Tourettes. The co-morbidities that accompany TS are many. They can be just as debilitating as the TS itself. My son has TS+. I wish people could spend a day, heck and HOUR in his shoes. There would be far more acceptance, understanding, tolerance and kindness."

Also: "One cannot simply "get" Tourettes. There is something called a "Tic Disorder" that can come on due to environmental factors, but mostly caused by medications. Happens. Once the person affected is removed from said environment and medication that caused the tics...it ceases."


" That we can not control it, I wish people would stop looking at us like stop making that noise silly. I wish they could understand that it is not our fault and that we have no control over it"

Email ThisBlogThis!Share to TwitterShare to FacebookShare to Pinterest
Labels: Awarness