This winter break I have spent some time thinking about why I wasn't diagnosed sooner, and why my mom did not see the early warning signs as warning signs as part of the larger picture for a TS+ child. For those of you who are unfamiliar with the term TS+, it stands for Tourette's Syndrome in combination with the co-morbid conditions that commonly come along with Tourette's. I myself have OCD, Generalized Anxiety Disorder, Sensory Processing Disorder, and Panic Attack Disorder (although I haven't had a major full fledged panic attack in about two years), and implsivity issues also known as disinhibition. Some other co-morbid disorders that can come along with TS are ADD, ADHD,  mood disorders such as bipolar disorder, Aspergers Syndrome, rage issues, and other disorders as well.

In this post, I will outline and summarize two of the main types of tics that are warning signs for TS+ in a younger child anywhere from the ages of 2 years old to a middle school aged child. It is important to remember that in order for the types of things I describe to be tics, that they must be repetitive in the sense that you will see your child doing these things over and over again throughout the week, month, or even day.

1) One of the first classic warning signs for the TS+ child is a simple tic, usually in the face. Simple facial tics like eye blinking, slight facial grimacing, or slight facial twitching will usually be the first tic a child has. After a child's first simple tic, other tics may develop in the trunk, arms, and legs. A simple tic however, is not always the first tic for a child and each child with TS or TS+ will differ in the way they present with various symptoms. TS is a very unique disorder as a result of the fact that every case is different which includes the way the symptoms start. I think my first tic was a slight facial grimace, however it was so subtle that neither myself nor my parents can be 100% sure. I have seen videos and pictures of myself which make it look like this was my first tic which started when I was about 3-4 years old and it probably continued in the same way until a little after 1st or 2nd grade. I seem to find pictures of myself around this age all with a very similar positioning of my face which also makes me think this may have been my first tic. The tic looks like it was a slight facial grimace in some pictures but then looks like a much larger facial movement in other pictures. I really don't think my parents even noticed it at the time. They probably thought I was just a "twitchy" or "nervous" kid. Here are just some of those many pictures: 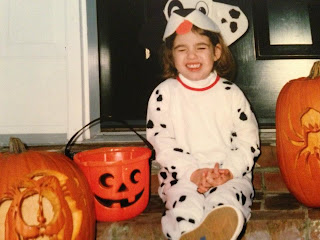 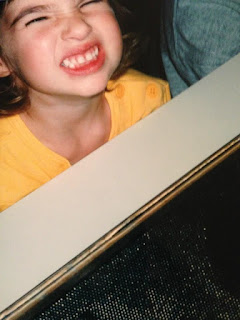 2) For some kids, they have more complex tics as children and for some these more complex tics can even come before the more simple tics. It is a little less typical for a child to get complex tics before simple tics, but it can certainly happen. One type of complex tic that can be common in children is what I call a compulsion like tic. These tics appear to be more like compulsions but are tics none the less. Complex compulsion like tics are very common in children to show up at some point in childhood and more commonly show up after simple tics show up. Some examples of compulsion like tics that I had personally when I was younger are skipping, lip/skin picking, lip licking, lip biting, hair sucking, hand/finger smelling, sating off into space/doubling vision, grabbing at various parts of the body, putting hands down pants, and shirt or sleeve chewing. Some other possible compulsion like tics are hand/finger licking, stomping, and other types of complex body movements. It is important to remember that although these tics look more purposeful in nature than a something like a simple eye blink, they are tics none the less and the child has no more control over these tics than a simple tic. Asking your child to stop doing these kinds of tics will only make them worse. Here are some pictures of me doing more complex tics as a child: 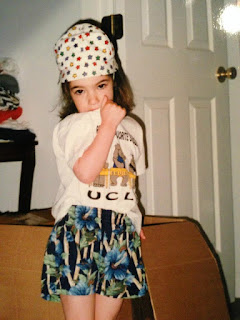 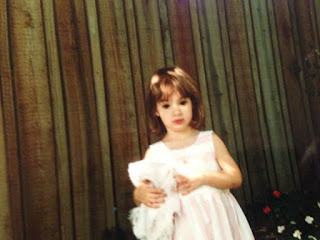 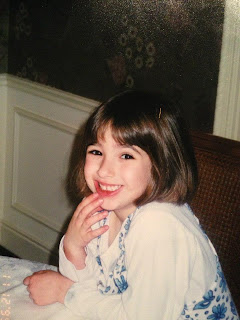 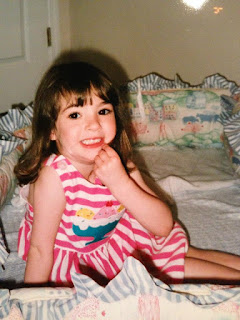 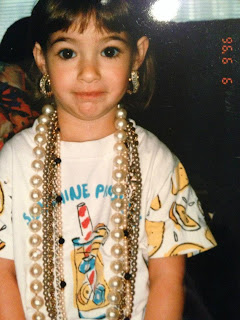 Red/scabbed lips because of lip tics: 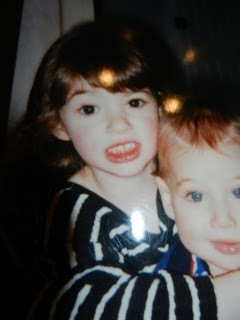 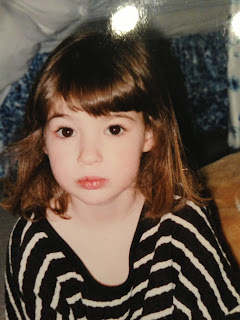 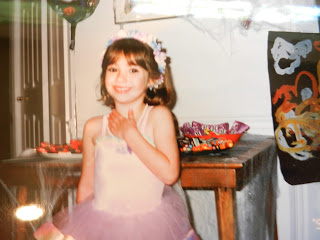